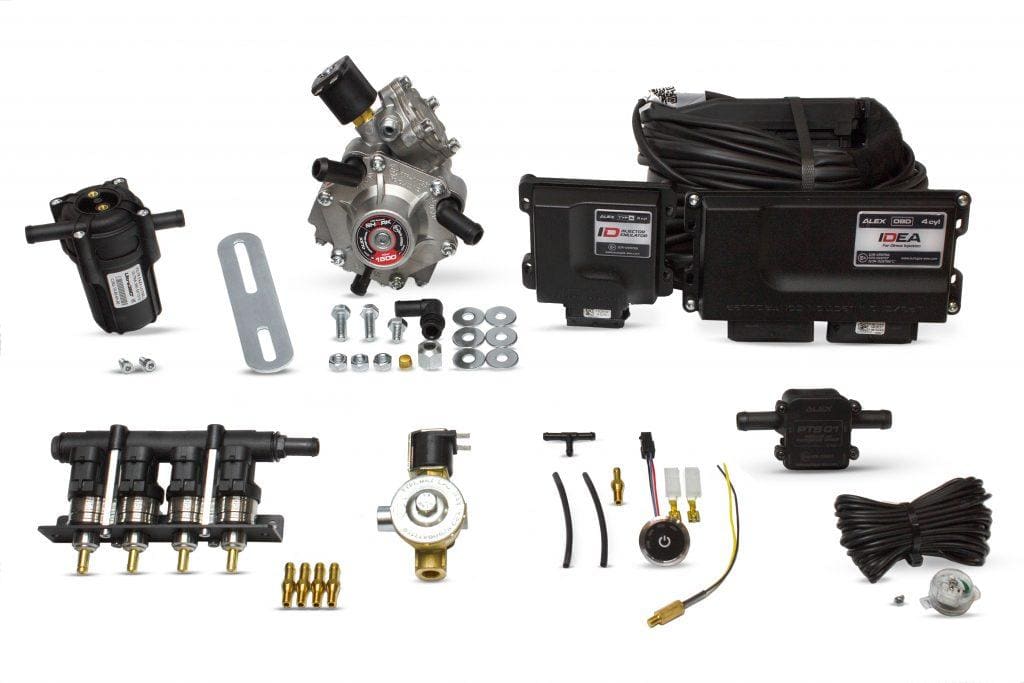 The ALEX IDEA system provides an above-average fuel economy. Thanks to special control algorithms, it consumes only 5-15% of petrol. Competitive systems of this class usually require the injection of almost 20-30% of petrol. In simple terms, this means they use 0.5 to 1.5 litres of gasoline per 100 km instead of 2 to 3 litres. The system’s most important components include the ALEX IDEA controller, fuel pressure emulator, Barracuda or Super B injectors, SHARK or TURBOT reducers, Ultra360° filters, PTS-01 mapsensor, RGB control panel (as a  standard), OCTOPUS multi-valve, gas level sensor and electric wire harness.

It is worth knowing that IDEA kits have undergone long-distance testing on many vehicles. The testing has confirmed that their components work together optimally to ensure safe and economical driving. This gives us the certainty that our proprietary ALEX IDEA kit is both efficient and reliable.