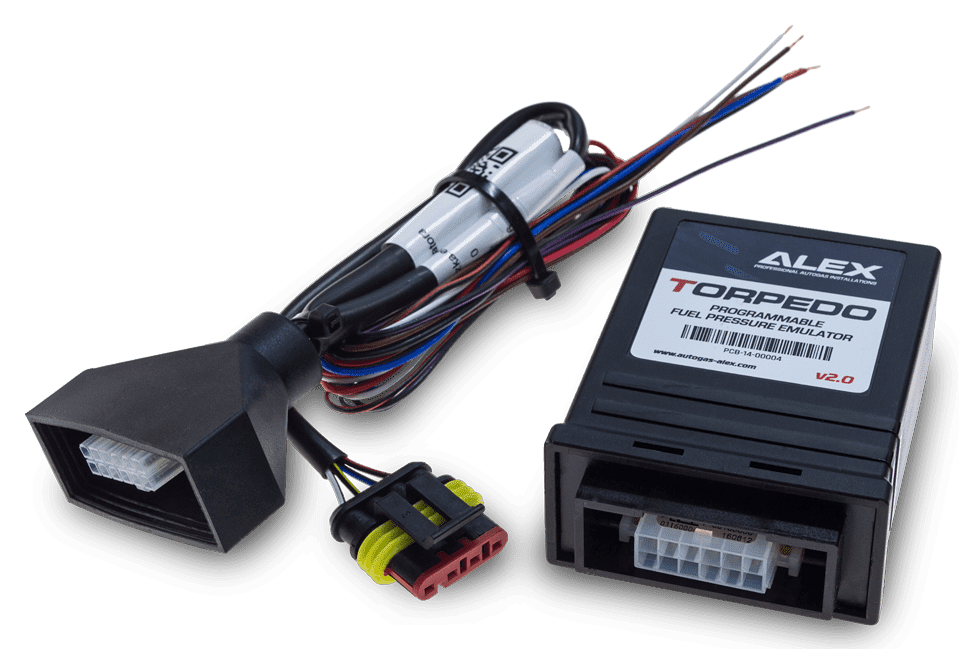 The PFPE TORPEDO v 2.0 emulator is used in cars which, when running on gas, report faults related to the lack of petrol reception from the fuel rail. When the engine is powered by gas, due to the lack of fuel reception from the fuel rail, the petrol pressure rises above the nominal value. Therefore, the petrol computer shortens injection times and/or reports a fault. The emulator can be set to exactly the same pressure value when running on LPG as when running on petrol. This prevents the occurrence of errors related to increased petrol pressure. In addition, the variation of this pressure can be set so that the petrol controller cannot distinguish between the fuel pressure emulation signal and the actual signal.